Skip to content
Inside Sponge | Written by Jessica Sprinkel I’m Jessica Sprinkel and I’m not one of those people who set out to build a software company. I don’t know how to code, I don’t have experience in venture capital, and I cringed during my McKinsey interviews because I definitely don’t feel the need to prove I’m the smartest person in the room.

I started my career in merchandising at QVC. I did grunt work all day long and loved it. I met with designers, schmoozed with celebrities, and took home a lot of free swag – what more could I want? I fantasized about becoming a Buyer, or maybe opening my own store so I could create a beautiful place for people to shop, reconnect, and feel great about themselves.

>> Related: What Is Revenue Driven Marketing? <<

And while I thirsted for the fantasy, it turns out I didn’t really fit in the fashion world. Over time, I started to feel like Andy Sachs in The Devil Wears Prada – I was smart, but I didn’t follow the trends. I knew Excel, but I had a limited sense of personal style. I was ambitious, while most of my peers seemed happy where they were. Everyone around me started to feel like a character – from Miranda to the clackers – and I belonged in a different movie altogether.

Having realized that I hadn’t found my calling, I did what any self-respecting millennial does and went to grad school – in my case, as a PhD student in economics at the University of Chicago. While I was still fascinated with fashion, it didn’t resonate with my core in the same way as economics. During grad school, I was inspired by professors like Gary Becker, Kevin Murphy, and James Schrager who taught me how to think and how to question. I became a part of an intellectual culture that spanned decades, where ideas mattered and everyone was empowered to have a voice.

More than anything, I learned how economics affects every aspect of our lives – from why we are altruistic to the effect of legal abortions on crime. I fell in love with economics as a framework, and began to see the world differently.

And yet, while I loved the classes, I felt that nagging suspicion that I didn’t belong. Everyone around me was clamoring to do research with department heads and discussing which universities they wanted to end up at while I had no intention of becoming a professor. They seemed to know what they were doing, while I struggled to understand econometrics and STATA. In grad school you’re forced to figure things out on your own, and I was falling behind.

Had I known then that pretty much every PhD student has a crisis of confidence and feeling of total misplacement, I may have tried to stick it out. As it was, I felt unique in my struggle and reacted quickly. Feeling like failure, I transferred to the MBA program, and that’s when I found marketing.

To me, marketing is the practical application of the microeconomics theories I’d adopted as my worldview. Crafting the right pitch, matching features to user needs, and anticipating how someone will respond to different offers are all grounded in the economic theories of utility and scarcity. As I sat in my first marketing classes and learned about brand, go-to-market strategy, and revenue optimization, I realized I had stumbled upon a rare discipline that combines art and science that I’d been searching for all along. As a marketer, I could be a dreamer who craved relationships and creativity, yet still hack around in Excel and do math all day. I felt liberated having finally found my purpose.

After business school, my now-husband got a job in DC, so that’s where we moved. I looked for a job for months while fighting off fears of being trapped as a 1950s housewife before finally connecting with the VP of Sales at a software startup via Craigslist. I started working there a week later. Given that I had zero marketing experience, I still find it amazing that I was given any responsibility at a VC-backed software company growing 70% year over year, I jumped at the opportunity and didn’t look back.

At that point, “marketing” consisted of AdWords, a website, and a few case studies. I started out doing a little of everything – webinars, social media, marketing automation. Despite how ugly our hodgepodge of systems was, it was working, and the company was growing.

It’s been six years since then, and last week I left that company to start my own. In that time, I launched programs across email, online advertising, telemarketing, content syndication, social media, and PR. My team generated 20,000 leads per year and supported 92% of the sales pipeline, and, true to my roots, we planned for growth using an Excel model instead of relying on wildly inaccurate assumptions like many marketers are forced to do. We grew to a team of 11, and I found I loved managing people to help them get better, take on new projects, and develop into leaders themselves.

It was an awesome ride, and I learned a lot, but after six years I was ready for a new adventure. I began to think about some of our marketing challenges in supporting dramatic company growth. The planning process was tough – we used an Excel model to work back from revenue goals and calculate lead and opportunity targets based on our sales cycle. Every year, I created several versions of the spreadsheet to model different scenarios, and it was a disaster to compare those versions against each other, and even managing a single plan was cumbersome because things changed a lot. However, this disciplined method to planning seemed to resonate with people – I had presented the model at a few events and people went crazy over it because it was a way to set targets that made sense and get on the same page with sales so it was clear who owned what. I still get 1-2 emails a week asking for a copy of that Excel model.

At the same time, as we hired more people it became difficult to manage campaigns across different channels. We’d talk about running a healthcare campaign and immediately the social person would go off do one thing, the email person would go off and do another, and the online advertising person would do something else entirely. No one knew what everyone else was doing, and when the CEO asked what was happening in healthcare, it was hard for me to answer.

Measuring results against those fragmented campaign plans was also a soul-crushing feat that tested my love for Excel every.freaking.day. Why that information is not readily accessible in Salesforce boggles my mind. But Salesforce was made for sales people, not marketers. And even in marketing automation tools like Marketo, Hubspot, and Eloqua, the reporting is still so basic. While you can get a full picture of a single opportunity, it’s still tough to attribute success to different campaigns at an aggregate level.

I thought about how to make this whole process easier. I didn’t want to replicate what marketing automation was doing, but I thought there was room for improvement on either end – namely, in the beginning, as we put together the marketing plan, and at the end, as we measured campaign performance.

I started mocking up some stuff in PowerPoint at 5am before I had to get ready for work. It took me a little over a month – in one-hour bursts – to get something fleshed out. Then I reached out to other marketers and showed them my slide deck. I got amazing feedback and kept iterating. I looked at other applications and mocked up a fake UI. I started using the name Sponge as a placeholder and it stuck. I showed it to more people and got more feedback. People told me it was like I was a fly on the wall in their conference room, because they were struggling with the exact same things. At that point I knew I’d stumbled on a problem what wasn’t specific to one company, and that there might be a market out there. I did all the MBA stuff and looked at market size, potential competitors, pricing, etc. I decided this could be a business, and that’s when I went to go talk to my boss.

Man, I was so naïve during that conversation. I basically said I was working on a startup idea on the side, and was thinking of pursuing it full-time. He said as an entrepreneur himself, he’d have a hard time telling me not to pursue it. But he asked whether I thought it was the right time to do a startup – after all, I’d just had a baby and wanted more kids. He said I didn’t know anything about building a product, raising money, or managing a board – and that in the past 10 years he’d learned enough to scale a 100-person company to $100 million instead of having to work out of his garage.

And in that moment I thought, wait a second – I like the idea of working out of my garage, and making something out of nothing. No, of course it’s not the right time, but it’s not getting any easier and life is short. No, I don’t have all the experience I need, but I didn’t have it six years ago and somehow I figured it out. No, I’m not sure I’ll be able to scale a company to $100 million, but I’ve found something I’m passionate about and right now that’s all I need.

Over the next few weeks I felt more and more sure, but I still couldn’t make the leap. And then my husband pointed out that the worst case scenario was I worked on Sponge for a year and it was an epic disaster. I had picked up a couple consulting contracts so I was still making money. And if I spent 12 months meeting new people and learning new things, and it still failed? Well then I could always get another job. Plain and simple.

Of course now I’m not banking on the worst case scenario, but it helped me make the decision to go for it. As I fully embrace my new role as entrepreneur, I see a huge opportunity to help marketers create better plans to drive growth. To give them a framework to have tough conversations and move forward in a direction that everyone is confident in. To make it so much easier to see what’s working and what’s not. I’m overwhelmed and excited and worried about letting myself down, but here I am, doing it anyway.

Want tips, tutorials, best practices, and other cool stuff delivered to your inbox?  Subscribe to the quarterly Sponge newsletter > 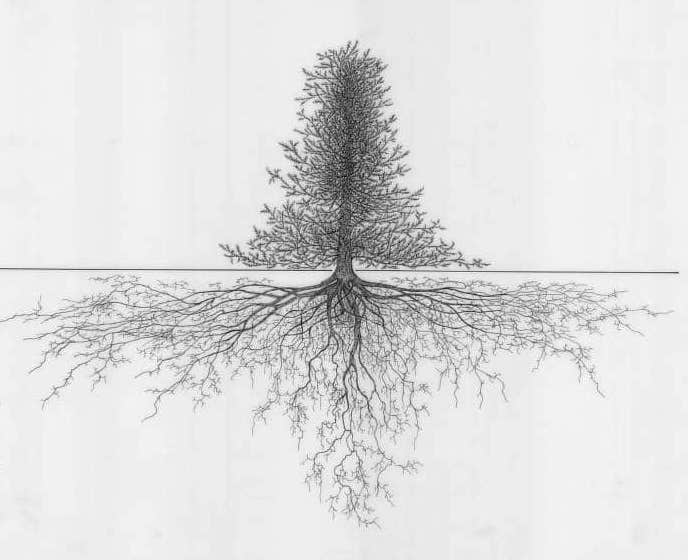 The Pandemic Was Actually Good for Our Work Culture

The best of a rough year